Why Medical Aspirants Need to Go for Medical Education Abroad

On March 2, Manav Kutumb Kalyan Sansthan (hereinafter referred to as “MKKS”), a veteran organization that is helping youngsters become independent by providing quality education and training for the last 25 years, organized its cultural program for 2019 in Dabhoi, Vadodara, Gujarat, India.


The program was organized in association with the following institutions:

The program was focused to make the youngsters aware of the importance of quality education & training for financial independence, personal and economic growth and prosperity of the country & the world.


The program was held with a central theme to let the young blood explore the growing options for pursuing medical education in India and abroad, the issue of scarcity of medical professionals and guide the students on how they should go after their medical career.


About 5000 students from various states, attended the event, along with their parents and availed the opportunity to get apprised on various options for medical education and career opportunities.


The program was organized under the guidance of Mr. M. H. Patel, founder of Karmath Group, the group behind MKKS. In the cultural program, dignitaries from diverse medical institutions were invited to enlighten the students about their medical career.


In the event, Air Marshal (Dr) Pawan Kapoor, AVSM, VSM, and BAR (Retd), Former Director General of Medical Services (IAF), Vice Chancellor of Lincoln American University, School of Medicine (LAU) was also invited by Mr. M.H. Patel to guide the medical aspirants who want to excel in the field of medicine, become a doctor and want to serve the people in the capacity of doctors and enlighten them about the opportunities in the field of medicine.


In his address, Air Marshal (Dr) Pawan Kapoor emphasized that we don’t have enough doctors to provide quality health care to those who are suffering. While Dr. Pawan Kapoor said that government is aptly working for the improvement of health care services and to ensure enough doctors to take care of all the patients in the country, at the same time, he emphasized that currently, the medical education infrastructure is not enough to cater all the medical aspirants in the country.


As a solution, Air Marshal (Dr) Pawan Kapoor suggested that students who can’t get MBBS admission in India should go after affordable foreign medical education. Then he apprised the audience about Lincoln American University, one of the fastest growing foreign medical universities situated in South America which is providing medical education in South America to medical aspirants from around the world at affordable tuition fees and living expenses.


Air Marshal (Dr) Pawan Kapoor stated that the motive and the bigger picture behind Lincoln American University is to provide medical education at minimum cost possible, democratize medical education, produce more doctors and ultimately ensure quality healthcare for all the people in the world.


Pointing out the scarcity of healthcare professionals, Air Marshal (Dr) Pawan Kapoor stated that at least 5 lacs doctors are required in India only to ensure proper healthcare for all the Indians. If the scarcity numbers for the world are added, the number will be a monster! Under the situation, dreams of those who aspire to become doctors, must be fulfilled, said Dr. Pawan Kapoor!


Air Marshal (Dr) Pawan Kapoor specially thanked Mr. M.H. Patel in appreciation of his efforts to arrange such a large gathering for the benefit of the youth and medical aspirants that will help them chose the right path for their medical education, produce more doctors and better healthcare services in the country and in the world.


It is believed that the program will help the attendees to choose the right path for their career ahead and those who come to know about Lincoln American University in the program, will see it as a gateway to skip the burden of exorbitant prices of medical education prevalent in the country, get their medical education in America without going into debt-trap and will get a new light of hope to pursue their medical dreams! 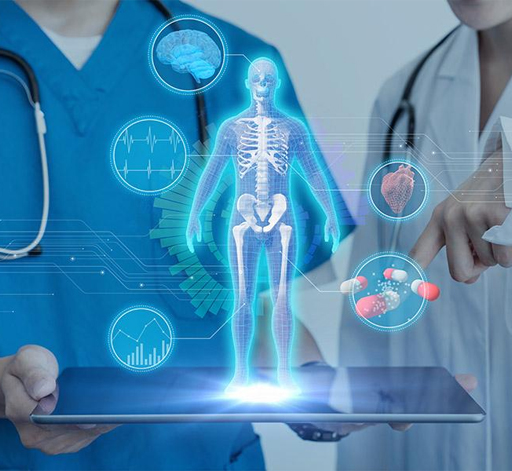 Shaping the Future of Healthcare through MBBS in Guyana Why is Caribbean Medical School the best fit for your MBBS degree? Step-by-step process of Becoming a Doctor